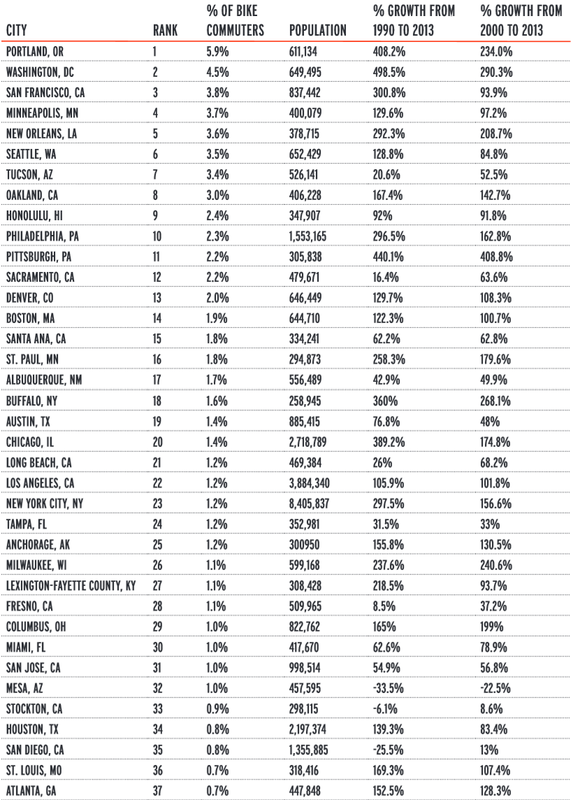 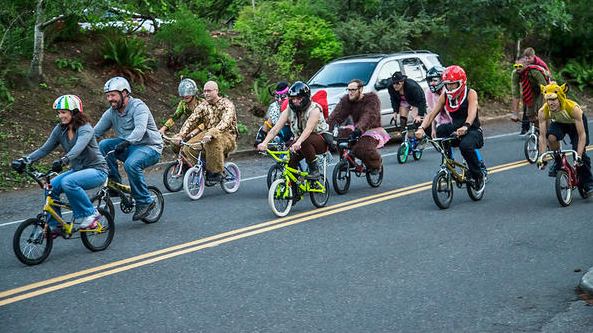 Zoobomb is a weekly bicycling activity during which participants ride bicycles rapidly downhill in the city's West Hills. Zoobomb began in 2002. Participants carry their bikes on MAX Light Rail to the Washington Park station next to the Oregon Zoo. From there, participants take the elevator to the surface and then ride their bikes down the hills in the vicinity. This process is often repeated several times throughout the night.

There is an emphasis on unusual bicycles, first and foremost the children's bicycles or "minibikes," but extending to tall bikes, swing bike, choppers, non-functional bicycles, skateboards,longboards, etc. The Zoobombers are made up of a wide demographic, with a tendency towards young adults. The event is treated in a very lighthearted fashion, including a large amount of socializing between rides. Riders often dress up in costume or decorate their bicycles. Parents have brought their children on rides, and a legally blind person "The Blind Bomber" regularly attends (on a tandem bike, behind a sighted rider). Though not technically a race, there is some prestige in getting down the hill first. However, there is never shame in getting down the hill last, as safety and fun are what is encouraged, not going fast. The participants espouse a "pack out what you pack in/leave no trace" philosophy in an effort to maintain cleanliness in the areas where they congregate. Zoobomb tries to be a positive force in the community by providing a safe environment to have a good time and to support bicycle advocacy and alternative non-polluting transportation.

Annual 2 week festival which include the world naked bike ride. 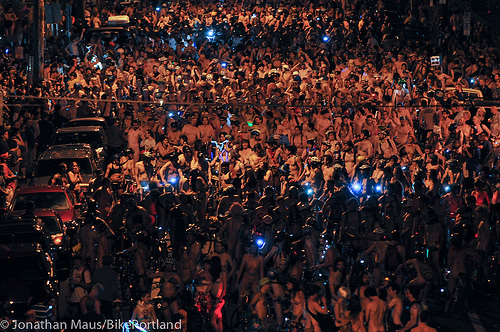